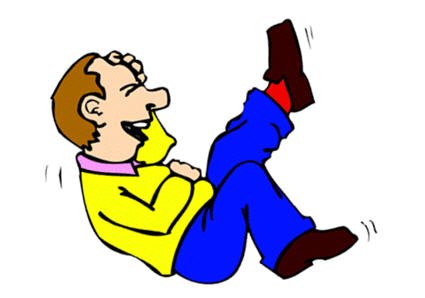 So much research has been done on the Koi fish itself, with regards to nutrition, disease and medication. What about the Koi keeper? How about a little research being done on these specimens.

Now I know that I am wading about in very muddy, dangerous water, but i feel that it is time to come out from behind the water lettuce and speak the truth.

A certain kind of craziness does occur in Koi keepers. This is no joke as it affects the whole family.

I have been studying Koi keepers for some time now and have compiled a list of diseases and afflictions that affect both the Koi keeper and his family. This should be especially useful to those families who have just started Koi keeping.

KOIMALITIS: This occurs in the early stages of Koi keeping. His eyes are glazed and he has a permanent smile. He walks outside and stares (for hours on end) at all the available space in the garden.

At this stage you are wondering if it is another woman, but you are oh so relieved to discover that all the excitement is all about fish.

Don't be so naive my dear. A mistress could be a lot less time consuming and probably a lot less expensive.

LANDNOMOWITIS: All of a sudden there is no more lawn. All the available space as previously mentioned is taken up by large holes in the ground, which is quickly filled with water and then THE FISH. (This is not a joke, there are certain members of the society who have no more lawn at all). BE WARNED!

DEAFNESS: I think this is selective hearing. When they are out at the fish pond, only bits of information which are important to them are perceived and heard.

WINOLITIS: This has nothing to do with heavy drinking. It  refers to the way in which these Koi keepers can wine on about their fish. (I do not wish to hurt anyone's feelings, but the truth must be told).

PONDITIS: This referes to the Green Pond Syndrome. This one still puzzles me! Everyone with a green pond will tell you they have too many fish. No one ever admits to having an inadequate filtration system or not having cleaned or flushed their ponds lately.

AQUALITIS: Sooner or later the urge to go swimming with ones Koi over comes them. At this stage the Koi keeper is very much aware he is a suffer of Koimalitis. He also has a list longer that a households monthly shopping list, of excuses as to why he needs to inspect his fish at close range. I won't go into detail here as it is rather pathetic watching the one you love behave this way. Just pretend you don't know that he has advanced symptoms of all the above mentioned diseases.

EYEMALITIS: Starring for hours on end into the fish pond. Eventually he will try and infect you by saying "look at this one, and that one is my favourite." etc. At this stage many wives feel that if you can't beat them join them!

ATHLETES FOOT (VROT VOET): It is unavoidable. Anyone who insists on squelching around in the fish pond for hour on end in flip slops deserves this one. Its the poor wife I'm concerned about at this stage.

TAIl ROT: Don't panic, it is not a bad as it sounds. This merely refers to the wonderful stories, which as they are passed from one KOi Crazy to another, became like old wine (need I say more).

D.T.S - WITHDRAWAL SYMPTOMS: Your annual family holiday is in jepardy. Before you leave it is bad enough having to contend with constant the moaning anout "woh will look after MY fish" etc. Once you're away from home you have to cope with the above mentioned syndrome. Symptoms are once again staring into space, shaking, sweating and constant mumbling about his fish. try not to take notice. You need to be very stong at this stage, because if he has his way, he will cancel the rest of the holiday and head home. If you do win the battle

and stay on holiday, the next problem you are confronted with is ....

DEEPPRESSION: (Not diving in the deep end of the pool to commit sucide, although at this stage many wives feel that they have had enough and could easily push their spouses into the nearest stretch of water.) This problem is recognised by a rather grouchy face, tearful eyes, moping around etc. The only way to overcome this problem is to produce a photograph of his prizr koi. The following reactions to the Koi Crazy, I do not wih to go into, since it is rather pathetic to see a grown man behave this way. the least said the better. You should however, be able to enjoy the rest of your holiday without too much fuss. BE WARNED! Your holidays away from home could be history.

LOSS OF SENSE OF HUMOUR: This is a touchy subject. I do suppose that at this stage half the KOi Sociwety will never talk to me again. What the hell, some one has to be onest. I know ofan incident where a Koi Crazy (who has a very beatuiful wife, who pretends to be not so bright), praised her for the superb dish of fish they had just eaten for supper. "What fish was it dear"? the poor insuspecting fool asks. "You know darling" she says in her most inocent voice, "I am always trying to save on groceries, so I decided not to waste petrol going to the shop to buy supper, so I decided to just catch a fish from the pond. We have so many fish in our pond".

ASTHMA ATTACK: ..... At this stage she notices that hios face is turning red and that the blood vessels in his neck are beginning to dilate. "But don't worry darling", she says in her very best dumb blond voice, "I did not take one of your nice new fish, I only took the biggest, oldest one!".

SWEARING: The most inventive colourful language can be heard when one's spouse is trying to catch that !#**&%$+#! fish, which has slipped behind the !#@&^$% rock for the!X!X$X!X 999th time. Have you ever thought that you can see a fish smiling at your Koi Crazy?

N.B. Keep the children away! This language easily infects the children and once they havecaught the bug, it never seems to leave the system.

The next few problems seem to involve the wife and are all interrelated.

RAISED TEMPERATURE: The wife suffers teh most from thisone. Especially when HE has just blown the budget on fish.

As the yeras go by, he changes his strategy especially when he realses that you are becomming more koi educated. At this stage a change in formulation is necessary.

RASH: (No, not red spots). These refer to quick descisions made when buying more fish.

STUTTERING: Koi Crazy trying to explain to his wife where the shrimps, prawns and mince have gone.

CONFUSION: I don't think I need to elaborate. The whole family feels this way.

PONGOLINGERLITIS: SMELL in the home cause by fish food. This is terrible since it affects the whole family. Suddenly friends don't call any more. Your children don't bring the friends home anymore. I know of a lot of wives who have moved out because of this problem.

I do feel that I have only scratched the surface with my studies and observations of koi Crazy's.