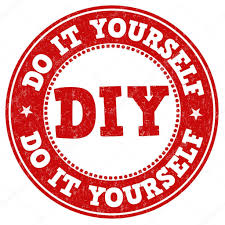 This is a good explanation and drawing of how to build a constant flow regulator for doing constant water changes on your pond.

Many folks have struck on the idea of using a slow trickle of fresh water into their ponds paired with a standpipe-type overflow to help rid the pond water of nitrates.  The simplest and cheapest way to accomplish this (presuming there is a suitable overflow) is to use off-the-shelf drip irrigation components to regulate the inflow of water.  However, knowing that these components are less than precise and prone to drift (varying the flow rate) and other forms of failure, I decided I could design a low-flow device that would be pressure compensated, could be precisely set and likely more reliable than store bought drip irrigation parts.  (In a former life, I was a mechanical engineer with a background in hydraulics.)

I started by making a concept sketch and that’s as far as it got.  But, thinking that I’d like not to have this “magnificent thing” go to waste, I decided to write it up and have Karen stick it on our website.  Here’s the (very) rough concept sketch.

I started by making a concept sketch and that’s as far as it got.  But, thinking that I’d like not to have this “magnificent thing” go to waste, I decided to write it up and have Karen stick it on our website.  Here’s the (very) rough concept sketch. 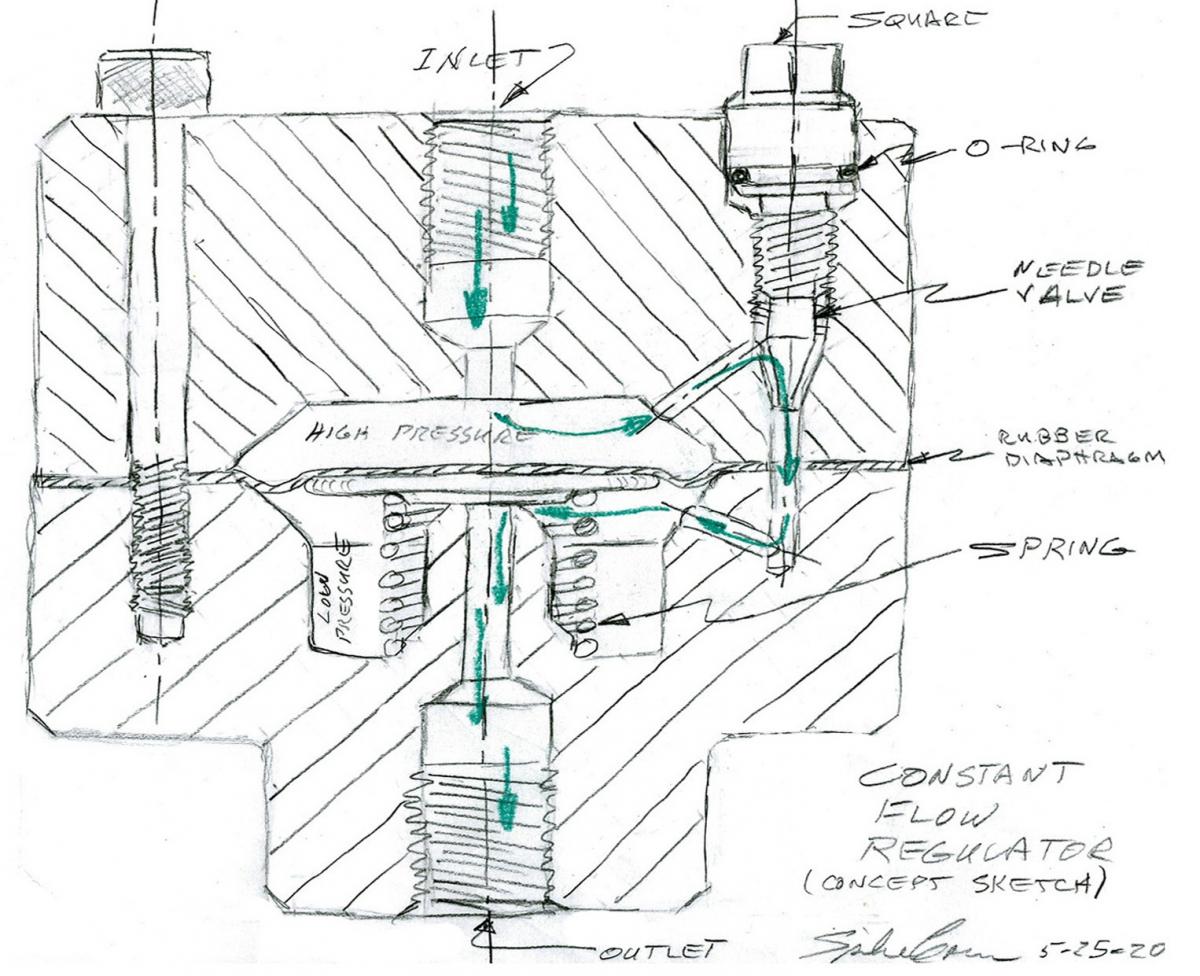 A bit more in the way of explanation:

The flow rate can be changed by changing the orifice (screwing the needle valve in or out) but once it’s set, it stays constant.

The device could be machined from solid PVC.  The spring should be stainless steel to resist corrosion and bolts should also be corrosion resistant.  The inlet and outlet ports could be made to fit standard pipe threads.  The needle valve stem should probably be brass or other corrosion resistant material.  The rubber for the diaphragm material can likely be ordered off the internet as can the O-ring and spring.  Six bolts could be located in a concentric circle about the centerline of the device.

Making this thing would require a lathe to turn the body exterior and interior major features; drills for holes and taps for threads.  In general, I envision the device to be circular when viewed from the top (looking straight down on the inlet) with an evenly spaced circle of six bolts and the needle valve located roughly on the same bolt circle but between a couple of the bolts.

This is probably clear as mud so please feel free to contact me if you have questions.  Spike Cover: scover1@cox.net.