What is the C-start escape response in Koi? 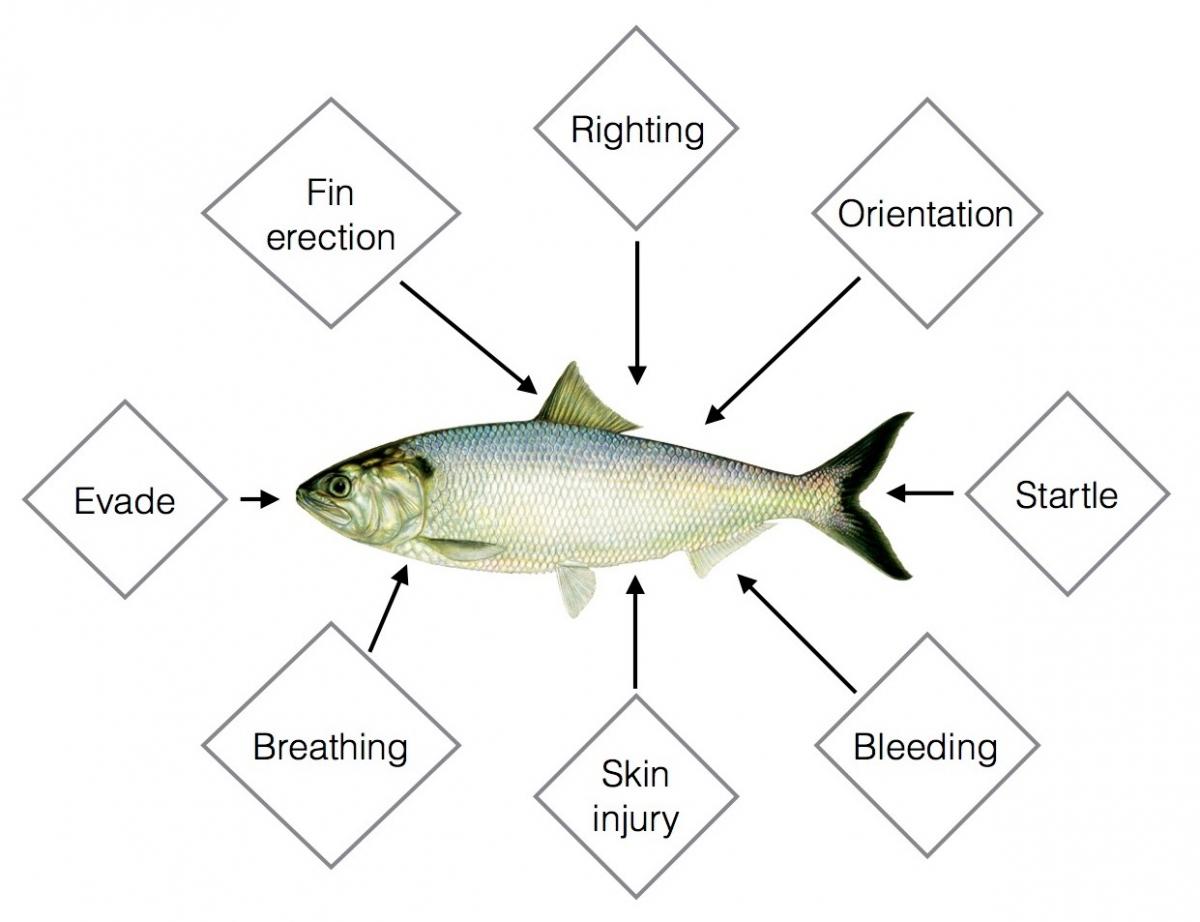 Those of you that have touched a Koi against the side with a net will recall that it will bend into a C-shape and dart away at roughly 90 degrees.

This will happen in a split second and is called the C-start response or C-start reflex.

The way in which this process takes place is actually very interesting. What occurs is that the fish responds to a sensation or touch to the lateral line on one side, with the contraction of the muscle blocks on the other side. This has the effect of turning the head roughly 90 degrees away from the stimulus, resulting in a C-shape of the body. Again, within a split second, the muscle block on the side that received the stimulus will contract straightening the fish and it will shoot away from the perceived danger. It will swim away for a short distance at high speed before coming to rest.

This response is a reflex and the fish have very little control over it. Needless to say, it may collide with objects in the process, injuring itself. The key to this reflex are the two large nerves called Mauthner neurons. One nerve is situated on either side of the fish. Interestingly, each nerve will stimulate the muscle blocks on the other side of the fish, turning the head away from the stimulus. The Mauthner neurons, will not only stimulate muscle blocks on the opposite side of the body, it will also inhibits contractions on the side that received the stimulus.

The C-start response is one of the main defence mechanisms of fish to escape from perceived danger. My good friend Gert Botha from Windhoek pointed out to me that a certain predator of fish has developed an amazing hunting technique to catch fish by exploiting this reflex action in its prey.

This amazing article and video can be viewed on this web-page: http://www.aquaticcommunity.com/news/lib/372