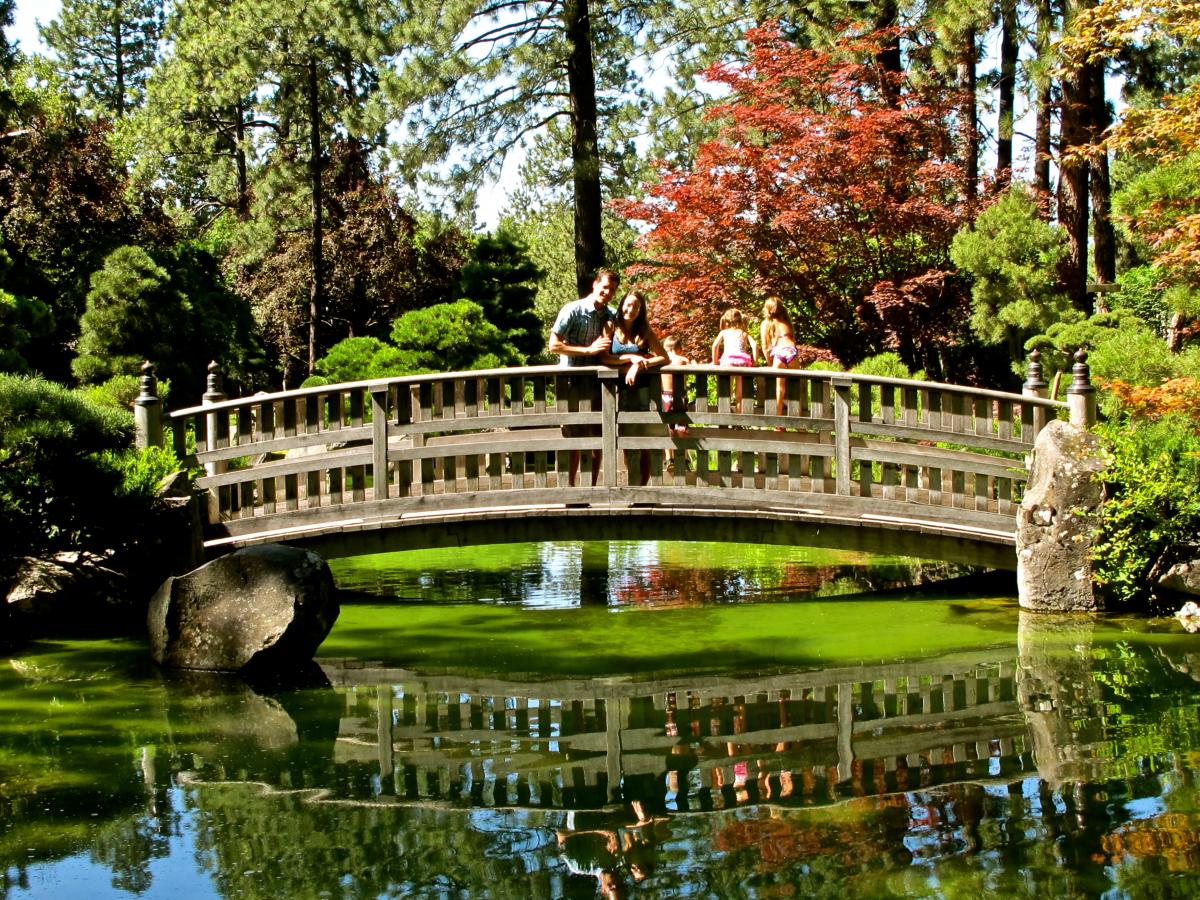 Spreading disease is another problem with people dumping fish in public places...

In recent weeks Parks Department staff has noticed something very troubling at the pond in the Nishinomyia Tsutakawa Japanese Garden in Manito Park.  At the spring 2007 census there were 50 Koi in the pond, 30 large and 20 smaller.   Now only half a dozen or so live Koi remain, and their ability to survive is in serious doubt.

Horticulture Supervisor Steve Nittolo has been working with The Inland Empire Water Garden and Koi Society (IEWGKS) to try to determine what is killing the Koi in the Japanese Garden pond.  After some local study, the Society sent one of the fish to Washington State University for assistance in diagnosing the problem.  It now appears that the Koi have been infected with Koi Herpes Virus (KHV) which is incurable and almost always fatal.  There is speculation that the virus may have been introduced by someone dropping off pet goldfish or other infected fish in the pond.

Goldfish it turns out are immune to this virus, but are carriers.  Any Koi exposed to the virus become carriers as well and will spread the disease to the entire pond, eventually killing all the Koi.

To restore the pond's environment for Koi and to prevent further deterioration, the current plan calls for removing the rest of the infected fish so that the pond can be drained, cleaned, and treated before any new fish can be introduced.  The Koi Society will then help replace the fish once the pond has been sanitized.

"The members of IEWGKS have been exceedingly helpful in working to diagnose the problem and to research remedies," Nittolo said.  "They have also been recruiting for new fish so that once the pond has been restored, new Koi can be placed here."  Members of the Society have about 15 fish donated so far, with another 10 or so very likely to be donated by the end of the year.

If you would like to donate a Koi to help replenish those that have died, please contact the Koi Society at (509) 926-5419 or email suziespond@comcast.net

The Society is looking for Koi only, no long fin Koi, no goldfish or other kind of fish.

"Any donated fish will be quarantined for several weeks before release to the pond," Claudia McGowen of IEWGKS explained. "They will be subjected to treatments for parasites as well as heat stress to insure they do not have KHV.  We want to stress to the public never to release fish of any kind into public ponds or other waterways," McGowen added.

Help from the public to prevent the infection of the new Koi will be needed on an ongoing basis.  Citizens looking for a supposedly "humane" location to place unwanted fish, goldfish, turtles, ducks or any type of animal need to know that what appears to be an act of kindness can cause severe issues for the delicate environment the Parks Department is striving to balance and maintain for the enjoyment of all citizens.