The search for a way to sterilize fish continues 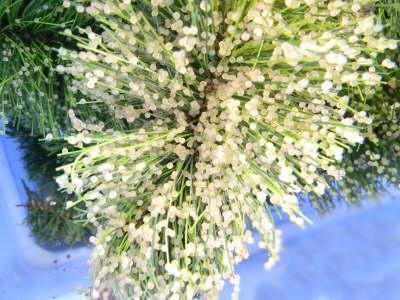 Here's the problem...  If you keep Koi of both sexes, they spawn.  You get 1000's of babies.  If you keep just females, they can die of egg binding - they have to lay their eggs eventually, without males, they tend not to...  If you keep just males, you can't show them, and they never grow as large nor do most have pleasing body shapes.  So what's a Koi keeper to do?  What if we could sterilize Koi?  Read about new research that might evntually be of help to Koi keepers everywhere...

As the search for the best way to produce sterile farmed fish stocks continues, novel methods such as germ-cell migration disruption could offer good alternatives to inducing triploidy, according to one US researcher.

Sterilising farmed fish offers the aquaculture industry a number of benefits. For farmers themselves, it can prevent fish from becoming sexually mature – desirable since maturation reduces flesh quality and makes fish more susceptible to diseases. Sterilisation can also restrict their environmental impact in preventing farmed genes, which are often suboptimal for a life in the wild, from being introduced into wild populations by escapees. The current sterilisation method of choice for aquaculture is to induce triploidy.

The process itself is fairly straightforward. Fertilised eggs are exposed to either high pressure or high temperature, disrupting chromosome movement during meiosis (cell division). Treated eggs retain more chromosomes than they normally would do – three instead of just two – rendering the animal infertile. Triploidisation as a sterilisation method has a number of benefits. It is already used in terrestrial agriculture systems. Most bananas we eat and seedless watermelons, for example, are triploid. It can also sterilise fish en masse – an essential element for commercial application. Other methods, such

as surgical sterilisation, are much more labour intensive – and really only suitable for sterilising a small number of fish at a time.

As with everything, inducing triploidy is not perfect. Once they reach harvestable size, triploid fish can have a lower body weight than their diploid counterparts. They are also more likely to suffer from skeletal deformities, and may have smaller, and sometimes deformed, gills, which can impact their fitness and performance. Disease is also a concern, though research comparing the susceptibility of triploids and diploids to disease has produced mixed results. Equally concerning, sterilisation is not guaranteed. Various studies have indicated a sterilisation success rate of between 97 percent and 100 percent for salmonid species, and the process can be less effective for males than females. These problems have pushed the search for alternative methods of sterilisation that are suitable for commercial use.

Dr Ten-Tsao Wong (University of Maryland, Baltimore County) has been focusing his research on primordial germ cells – a group of cells inside the embryo which eventually become the eggs or sperm in adult fish. Before they can become eggs or sperm, these cells must migrate into the developing gonad. By altering gene expression, this migration can be disrupted and sterilisation induced. Meanwhile in Norway, Dr Anna Wargelius (Institute of Marine Research) has been using the genome editing tool CRISPR to create Atlantic salmon without any germ cells in the first place.

Wong says the varying regulatory requirements countries have in place also present a significant hurdle. Even if the authorities’ approval is gained, there is a further obstacle to overcome – consumer choice, which has so far shown significant resistance to genetically modified fish.

Wong, whose work is supported by USDA Biotechnology Risk Assessment Grant and NOAA Sea Grant Aquaculture Research Program, has also looked at disrupting primordial germ cell development with an immersion technique rather than genetic modification. He developed a special bath consisting of a synthetic molecule designed to disrupt gene expression, and a transporter to carry the molecule into the eggs. The treatment prevents gonads from developing, and so creates sterile fish. Wong hopes that over the next few years he will be able to assess the performance of fish treated with the immersion method, and compare them to triploid fish. If all goes well, the process might offer a number of advantages over genetic modification: it does not require a new breed of transgenic fish to be created; bathing can be easily incorporated into farming methods currently used; and the process can sterilise a large number of eggs in one go.

With triploidy now being required by some management bodies, until alternative solutions have been fully developed and accepted by regulators and the public, investigating why triploids develop problems and ways to resolve them seems to be the way forward. This includes thinking about what triploids eat, and where they live.

Triploid Atlantic salmon have a higher demand for phosphorous than diploids – particularly when they are juveniles and experiencing rapid growth. Work by Dr Per Gunnar Fjelldal (Institute of Marine Research, Norway) has revealed that without sufficient phosphorous deformities – and even mortality – is more likely. This means that triploids shouldn’t simply be given the same diet as their diploid counterparts, as is commonly the case. Exactly how much phosphorous should be added to their diet for optimal performance is an area of investigation.

It has also become apparent that triploid salmon are more sensitive to temperature and hypoxia (low oxygen) than diploids. This, according to Dr Florian Sambraus (Institute of Marine Research, Norway), can impact growth, feed intake and mortality. In his laboratory experiments triploids showed significantly higher feed intake than the diploids when temperatures were between 3ᵒC and 9ᵒC, with intake peaking at 12ᵒC. Diploids’ feed intake, which peaked at 15ᵒC, only surpassed triploids once temperatures exceeded 12ᵒC. When they threw hypoxic conditions into the mix, triploids really struggled: their feed intake diminished and at temperatures of 18°C mortality became a substantial issue. Diploids, on the other hand, were much more tolerant to hypoxia. The study offers clear advice for salmon aquaculturalists: use triploid salmon in locations where hypoxia is rarely, if ever, encountered – and where water temperatures go no higher than 15ᵒC. If conditions are more variable where your farm is located, diploid might be the safest bet.