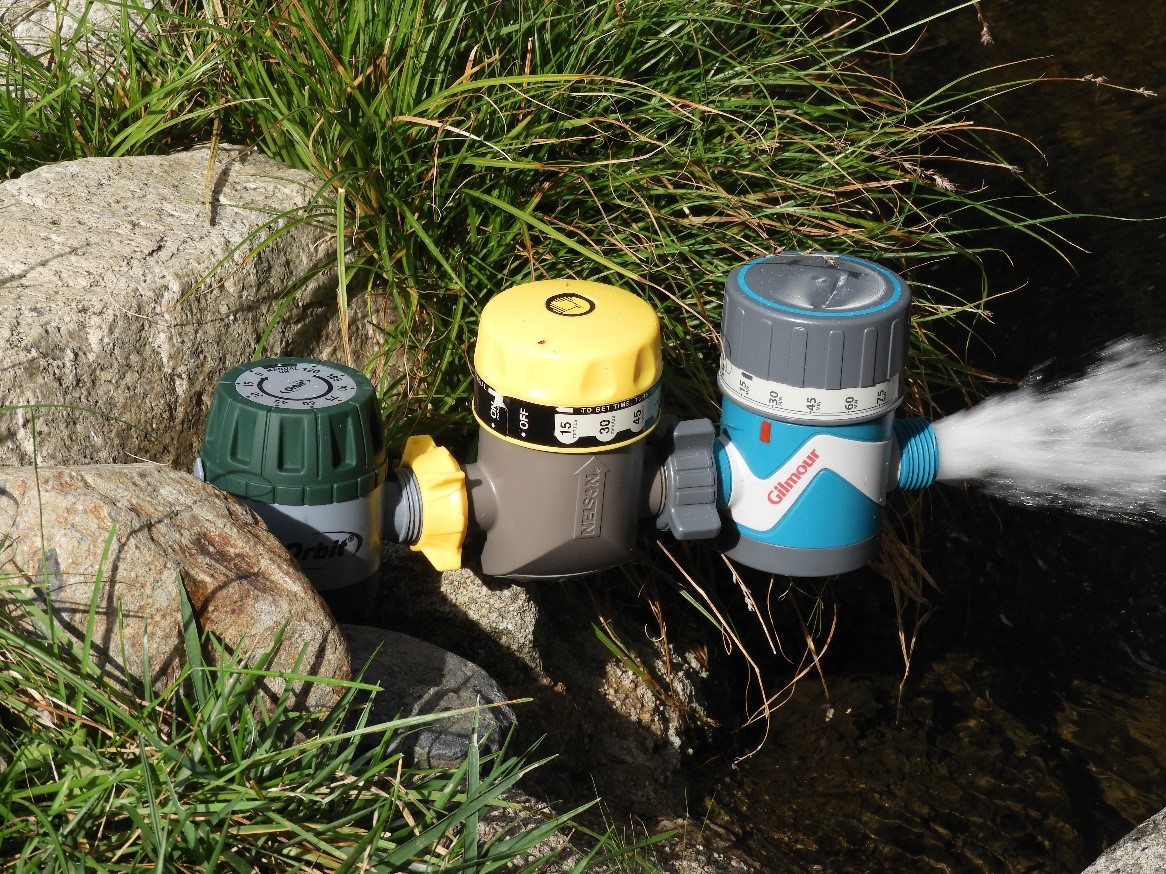 Water timers are very convenient and can save our bacon when we forget the hose is still running.  However, everything mechanical eventually fails including water timers.  So how can we use water timers’ safety feature w/o incurring the potential disaster associated with their inevitable failure?

Another possible answer to solving this problem is to use redundancy.  The concept employs the fact that even though all mechanical things eventually fail, it is very unlikely that they will all fail simultaneously.  So if we put two (or more) properly-functioning water timers in series and one fails, the other(s) will likely still function properly.

I recently purchased (from Amazon) three different brands of water timers, Orbit (green), Nelson (yellow), and Gillmour (blue).  BTW, of the three, only Gillmour came with any sort guarantee/warantee.  It was for two years.

Above is what a 3-gang setup for redundant water timers could look like.  In truth, probably two in series is enough but I had the three so I put them together.  I’ll run them this way until two fail.  Then I’ll try to remember to report how long they lasted.