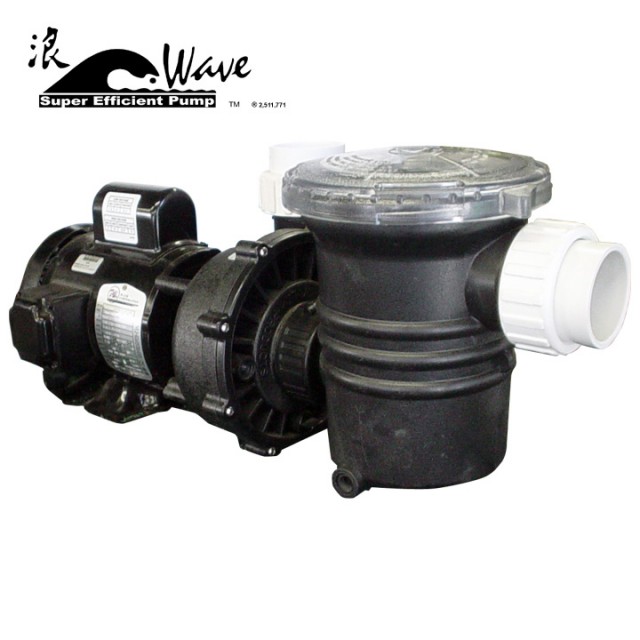 Conventional wisdom says that the turnover rate of a Koi pond should be at least once every hour.

What does this mean in practical terms? To achieve a one hour turnover in a 4,000 litre pond, the pump must be capable of pumping 4,000 litres of water per hour through the filter system. For a 10,000 pond it must pump 10,000 litres per hour and so on. But it is important to realise that your pump will not reach its theoretical maximum performance once you have connected it into your filter system.  This is because the manufacturers test the flow rate of their pumps under optimum conditions.

For example, a typical test rig will have water from the test tank fed directly into the pump suction (input). The delivery (output) of the pump is returned directly back to the test tank. All the pipe work is as short as possible and the pipe diameter is as large as possible.  There are no unnecessary bends to impede the water flow.  As soon as this pump is connected into a realistic situation, its performance is reduced.  With one well-known pump, merely lifting the return pipe work by one foot so that the water can go back to the pond via a small waterfall will literally reduce the flow of water by 50%.  This is an extreme case but I recently tested a pump, which, it was claimed, would pump 11.3 cubic metres of water per hour. Even on a well-designed four bay filter system, with very few bends in the pipe work, it only achieved 7.1 cubic metres per hour.  A loss of over 1/3 of its rated performance.  This could have been made much worse if the system had included a few extra carelessly placed bends or venturi fittings in the return pipe work.  It is clear that the performance could easily have been reduced to only half of the manufacturer’s rating.