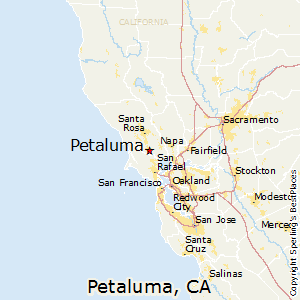 Public Koi ponds in malls have always been very popular, and a very big problem as well...

“What happened to the fish?”

It’s technically been over three months since the overnight disappearance of the many large Koi fish who’d long resided in the little square pond near the playground at the Petaluma Outlet Malls, Petaluma, CA.

But it’s taken until now for word to spread to Facebook and other local social media sites, where Petalumans have begun asking, “Where did all the fish go?”

For years, the little shallow fountain-pool has been thick with lily pads and other aquatic greenery. In the sometimes dark water, a large number of enormous Koi, a popular draw for families, could be seen swimming and hiding below the floating vegetation.

Kids would often kneel close, peering into the pond, pointing when they spied one of the fishy occupants swimming past. On occasion, visitors sometimes even fed the fish.

Which is why they are no longer there.

According to Operations Manager Chuck Phipps, too many people were feeding the Koi, resulting in oversized fish, and a sharp number of ichthyological expirations. Despite warnings not to feed them, many people just couldn’t resist, not recognizing that some of the things they were tossing into the pond are deadly to Koi.

“People were feeding them whatever they had in their hand,” said Phipps. “We were losing fish on a daily basis.”

Those that survived faced other problems.

“They just became too big for the habitat,” confirmed Phipps. “So all of the remaining fish were re-homed to a Koi habitat in Cotati.”

Today, visitors to the Outlet Malls, owned and operated by the Simon Malls Operating Group, will find a pool scrubbed spotless, with water gleaming in what now resembles a very small swimming pool. That should hopefully end the era of folks tossing burgers and popcorn into the pond.

“People are throwing money into it, though,” Phipps said. “It’s a wishing well now.”

According to Phipps, all that money is regularly removed and donated to the Simon Youth Foundation, which, among other services, provides funds to students seeking help with their education.

As for the too-pampered Koi, they are now in their new home, where presumably they have been put on a healthier diet.