Koi use sunlight to warm their bodies 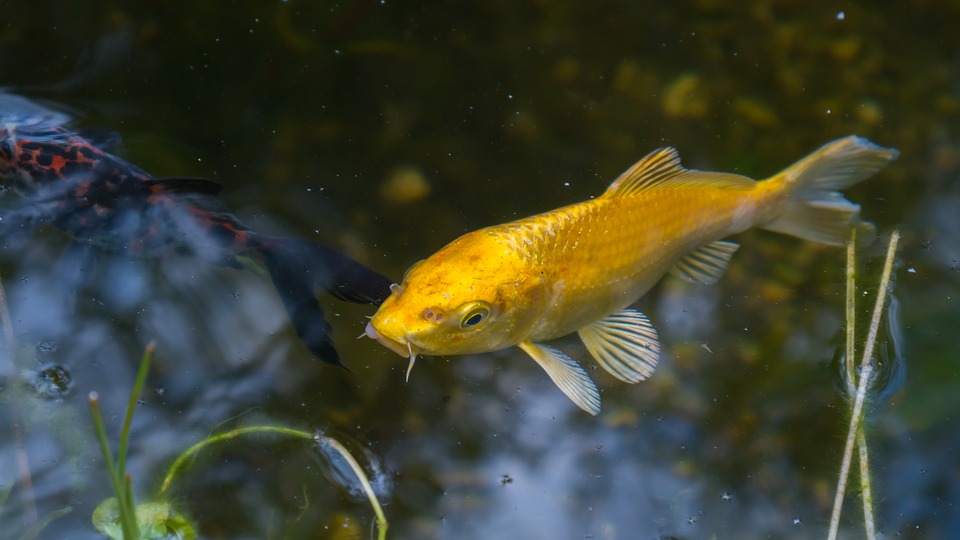 Read this synopsis of a study that showed the benefits of Koi getting some sun near the surface.

Even fish sometimes need to catch some rays.

Researchers recently conducted the first-ever investigation of sunbathing fish, to see if they were able to directly absorb heat from sunlight — as lizards, snakes and insects do — and to understand how that ability might benefit them.

Previously, scientists thought that sunbathing fish couldn't warm up to temperatures higher than those of sun-heated water. But in the new study, researchers discovered that sun-seeking carp absorbed and retained more heat than surface water did, and that solar-heated fish grew faster than their chilly neighbors.

Nearly all fish are ectotherms, or cold-blooded animals, which means that they warm their bodies by drawing heat from their environment. Only one type of fish — the opah, or moonfish — is known to generate its own heat, by vigorously waving its pectoral fins as it swims.

When land-dwelling ectothermic animals — including lizards, snakes and frogs — need to warm up, they seek out a sunny spot and soak up the sunlight. But it was long thought that cold-blooded fish and other animals that live in water were denied this extra heat because of water's cooling effect.

To test that hypothesis, scientists submerged physical models in water and measured their temperature after exposure to natural sunlight. They found that the models did become warmer than the water.

Next, to see if the same thing would happen to living animals, they tagged 48 free-ranging carp (Cyprinus carpio) with sensors to monitor their body temperatures, and released them in an artificial clay pond. After observing fish that basked in the sun near the water's surface, the researchers discovered that the sun-worshipping fish became warmer than the water temperature by as much as 7.2 degrees Fahrenheit (4 degrees Celsius) — a feat that was previously thought to be impossible, according to the study.

Temperament played into this behavior too, with bolder fish more likely to "sunbathe" than more timid swimmers. Individual coloration was also a factor, as darker carp absorbed more heat than paler fish.

And basking carried benefits: Sun-warmed fish grew faster than fish that lurked in cooler depths, demonstrating the ecological and evolutionary importance of this previously unknown ability, lead author Oscar Nordahl, a doctoral candidate in the Department of Biology and Environmental Science at Linnaeus University in Sweden, said in a statement.

Source:  The findings were published online May 30, 2018 in the journal Proceedings of the Royal Society B.