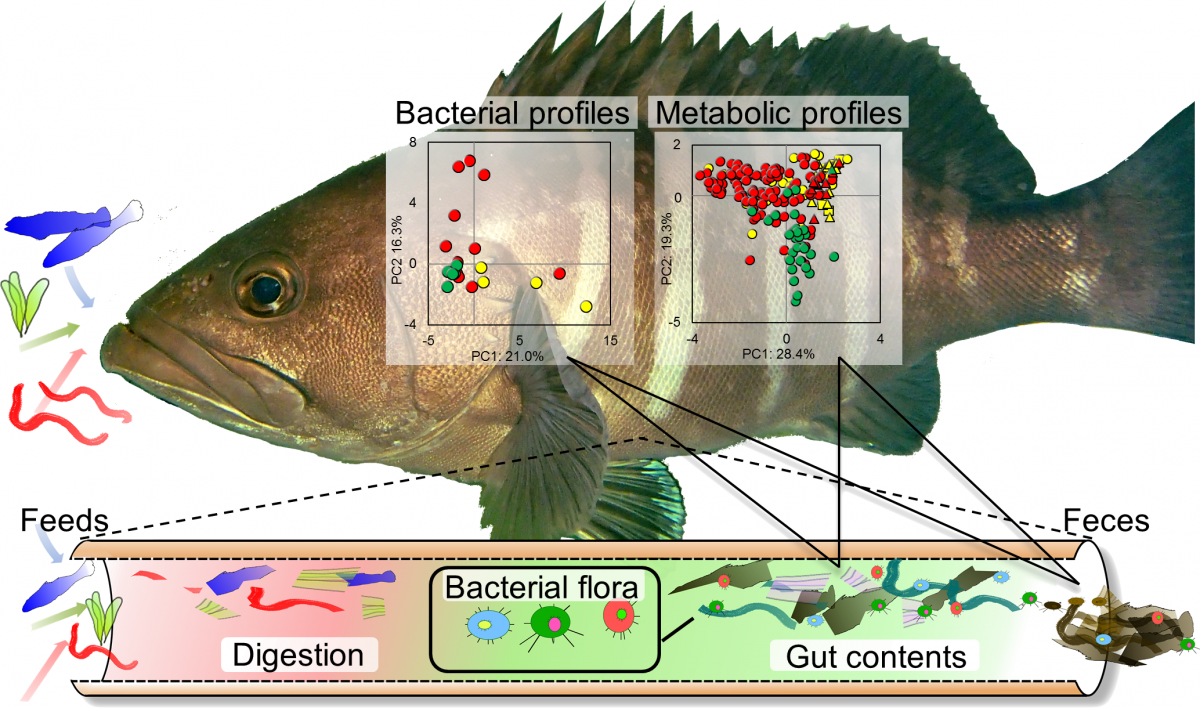 In a special experiment, zebrafish with defective immune systems swam and dined with counterparts with normal immune systems. In short order, their gut microbiomes became similar.

The experiment at the University of Oregon was designed to test, at a fundamental level, the impact of microbial dispersal among individuals with different microbiomes.

The eight-member team concluded "that inter-host dispersal can alter the diversity and composition of microbial communities and overwhelm the effects of the host's innate immune system." The findings, the team wrote, "suggest that dispersal is an important mechanism driving microbiome variation."

The study was published Oct. 2 in the online early edition of the Proceedings of the National Academy of Sciences.

"We have long known that diseases can be caused by the movement of microbes between individuals, but the microbiome has rarely been approached this way," said microbiologist Brendan Bohannan, a professor of biology and member of the UO Institute of Ecology and Evolution. "We were curious if the transmission of microbes is enough to explain the variation that we see in the microbiome composition among individual fish."

The National Institutes of Health-supported research was done in the UO's META Center for Systems Biology. META refers to microbial ecology and theory of animals. The center studies how host-microbe systems work and how that knowledge may advance human health.

For the study, the researchers created a line of zebrafish with defective immune systems by inserting a mutation into a gene required for development of an important component of the immune system.

The fish were maintained under three conditions: individual fish housed alone with no exposure to others; fish cohoused in groups of either immune-compromised members or wild-type individuals; or mixed groups of fish with both immune-compromised and wild-type individuals together. After 21 days, researchers examined the microbial communities in each fish's intestines and those associated with their food and the surrounding water.

The team, led by doctoral student Adam R. Burns, now a postdoctoral researcher at Stanford University, compared what they found in the fish with predictions from computer modeling of microbial dynamics performed by co-author Elizabeth Miller of the META Center for Systems Biology.

Raised separately, Bohannan said, the immune-compromised and the wild-type fish had markedly different microbes in their guts.

"For those raised in a mixed community, their gut composition converged as their microbes were shared," he said. "Most surprisingly, the fish raised in groups of the same kind -- immune-defective or immune-competent -- also had gut communities similar to those raised in mixed groups. This result suggests that the movement of microbes does more than just mix microbes between different fish, but it also selects for particular microbes that are especially good at moving from fish to fish."

While the study looked only at the ability of fish to exchange microbes, it suggests that microbiome variation among different people might also be due to the movement of microbes, and that when people come together for a class or a meeting, for example, they may depart with a microbiome that is somewhat different than when they entered, Bohannan said.

Researchers at the UO and elsewhere had previously suggested that shared environmental spaces could lead to the sharing of microbes, he said. "Those studies, however, couldn't rule out other explanations for the similarities that emerged. For example, in our previous studies of the built environment, we never showed it worked as a means of transmission; it showed that there were enough human-related microbes to make it possible."