Are Carp destoying habitat in Australia? 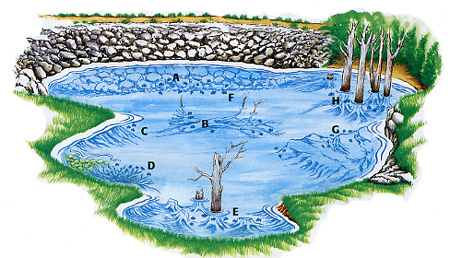 This is from an excellent post on the Fish Vet Blog.  The Aussies are considering releasing KHV into the wild to reduce the effect of carp on the ecosystem.  This rebuttal by Dr. Loh on other possible causes is interesting.  Read the text by clicking on the title or picture...

It’s all too easy to blame carp. But what is the real cause of the degraded condition of Australia’s rivers?2016/01/23 at 03:03 | Posted in Veterinary Fish Medicine

In a blog by the leading scientist, carp are purported to breed like rabbits (https://blog.csiro.au/reclaiming-our-rivers-from-feral-carp/)? That’s inaccurate. Carp, like many other fish species produce eggs by multiples more.

Australia is one of the few countries remaining free from a variety of animal diseases. Is the intentional release of KHV warranted? Are we being led to believe that carp is the cause of destruction of Australian waterways? Or is it perhaps an easy option to point the finger at them?

There’s growing debate among our peers that carp are decimating native fish populations, sometimes contributing up to 90% of the biomass of certain aquatic environments. We cannot argue with facts. But are we making the right interpretations and assumptions from this fact?

I did some quick research on Australian government websites to see what they say is the real problem with our waterways. Here’s what I found.

The information below is taken from: http://www.australia.gov.au/about-australia/australian-story/austn-river...

"The health of Australian rivers is measured against their condition before European settlement…."

"Murray–Darling Basin, have had their flows regulated by humans [] in a massive engineering scheme… these changes in water management have affected the flow and quality of water in the Murray–Darling and salinity is a major issue… has affected the plants and wildlife. In the same period… there was extensive removal of most of the native vegetation… The led to erosion and, along with overgrazing and the building of levee banks, has dramatically affected the flow… and the natural river environment."

"The problem of more water being taken out of Australian rivers than is going into them has also created issues with flow. A river needs a certain amount of water to flow properly, to provide the right living conditions for animals and fish, and to provide enough water for plants."

"The waters of Australian rivers are also being affected by the addition of certain substances, like sediment and nutrients.. such as fertilisers used on crops, … when there are too many nutrients in a river, an algal bloom will occur… When the algae in algal blooms eventually dies, it can kill the other kinds of plants and animals that live in the river.

Sediment occurs when dust and dirt resulting from erosion gets into the river water. Removing trees and plants from an area can greatly increase the rate of erosion. Over grazing with large numbers of animals like sheep and cows can also contribute to erosion. More erosion means more sediment and rivers with high amounts of sediment can kill the plants and animals that live in them."

In contrast, there are wild free flowing rivers in other parts of Australia. In these rivers carp are not key threats, they are not present, nor are they potentially present:

So now the question needs to be asked. Are carp occupying a degraded niche, or are they really causing the degradation?

Bear in mind that when you point your finger at carp, there are three fingers pointing back at you.