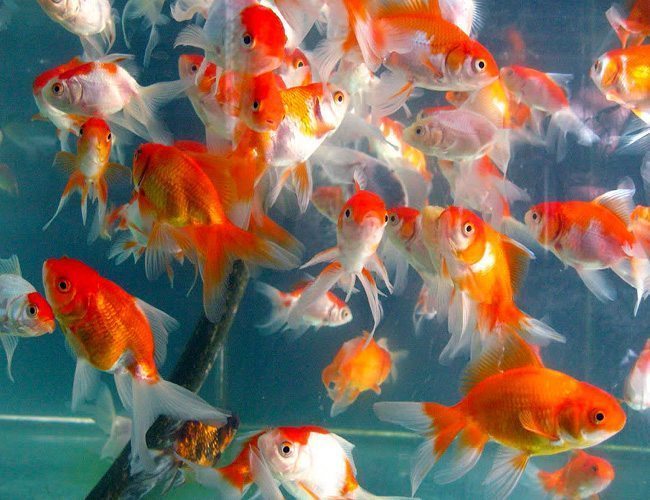 Goldfish in Paris are getting a second chance to just keep swimming, even after their owners kick them out of their tiny fish bowl homes.

According to Reuters, the Paris Aquarium has been taking in the unwanted goldfish who can no longer live with their humans, no matter the reason.

More than 600 goldfish have found sanctuary at the aquarium over the last two years, where they are well taken care of and enjoy much more space to swim around.

And the fish aren’t just plopped into the tank when they arrive. Surrendered goldfish undergo a regimen of antibiotics and treatments while under quarantine for at least a month before being introduced to their new fish society, the Good News Network reported.

“Some of them arrive very weak," biologist Celine Bezault said in a statement. She also mentioned that the fish grow much larger at the aquarium than any fish bowl could allow, sometimes between eight and 12 inches.

Just like cat and dog owners who can surrender their pets to ethical shelters rather than neglecting them, the program offers fish owners a better solution to “setting free” perfectly healthy fish when they can no longer take care of them. Letting fish loose in ponds and rivers can have detrimental effects on the environment.

The goldfish are also available for the general public to view.

If any owners have second thoughts, they are able to come reclaim their fish, according to The Local, but identifying their pet will surely be tricky.

The aquarium hopes this new effort will raise awareness about animal mistreatment.