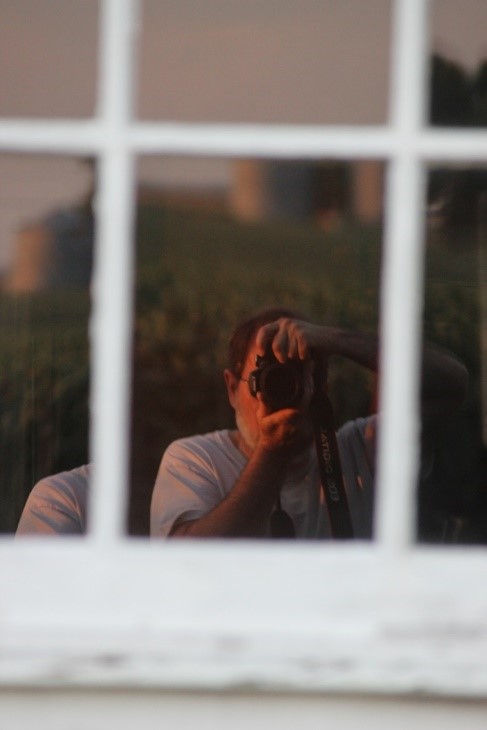 First, let me get a few confessions out of the way:

That being said, I have taken a LOT of photos throughout my life, to the point my kids always groaned on vacation when I wanted to pull over “real quick just for a picture or two.”  I have done a fair amount of reading on the subject, but mostly, I have simply experimented with the various cameras I have owned over the years, and tried to learn from other people too.

You are right…that doesn’t make me an expert.  Most likely, it makes me kind of like many of you…someone who 1) loves ponds, and 2) gets a thrill out of capturing great photos of the fish and ponds we have created.

I have been taking photos for more than 50 years—I got my first film camera for my birthday when I was just a kid.  My first entire roll of film was taken that afternoon of my tree house—24 badly focused pictures of more/less the same view, and after that, I remember mom putting a limit on the amount of photos I could take in one day.

Since then, I have grown in my knowledge and I hope in my artistic sensibilities, too (I married a genuine artist, which, due to the law of averages, more than doubled my artistic IQ!)

Besides ponds, one of my passions is writing, where I soon learned that I could sell more articles to newspapers if I had good photos to go with the story.  So I took my camera with me to research stories about the interesting people and places in our area.  That spilled over to magazines.  Most of my writing has been for other markets, but I have done some writing for hobbyist magazines.  I remember writing an article about the Finn Inn in Grafton, Illinois, which was dreamed up, owned and operated by a commercial fisherman who had never even had a goldfish as a pet.  It turned out that his first “aquarium” was built in the restaurant, and was more than 20 feet long!  His idea was to let patrons watch gars and carp and catfish and turtles swim by their table while they ate his catch from the river.  I took lots of photos of his fish and his primitive but effective filtration system, and the article was one of mine that was published in Freshwater and Marine Aquarium Magazine.

Currently I also have a number of photos that are represented by an agency called Art Licensing, International.  If you look up that company and search for my name, you will see the photos I took that they are seeking to market to their clients.  What I find amazing is that not having a degree in photography does not bother them—all that counts is the final photo, and whether or not they believe they can sell it to companies for prints, posters, greeting cards, or other products.

These days, with persistence, a good camera, and some basic ideas about how to put them to use—(plus ½ of an artistic IQ, which I inherited through marriage)—well…my point is that even if you start out taking two dozen terrible photos on one roll, there is always room to grow.  It took me 50 year to get to this point, and I still have a world of things to learn.  So please forgive me if I answer most of your questions with, “I don’t know the answer to that…yet.”  Meanwhile, I am writing this material hoping it will “shorten the curve” for you a bit, and whet your appetite to pick up the camera to see what awaits you on the other side of the next “click”!